According to Das, the development of low-cost and mass deployable solar photovoltaic technology is crucial to realize solar power as the primary source of renewable energy for a sustainable future, mitigation of environmental impacts by reducing greenhouse and toxic gas emissions, and meeting the global demand of terawatt-scale PV power generation predicted by 2030.

In 2016, Das and a team of undergraduate research assistants fabricated the first solar cells on campus, 100 times thinner than the human hair. He explained that the future of solar power generation was in these flexible 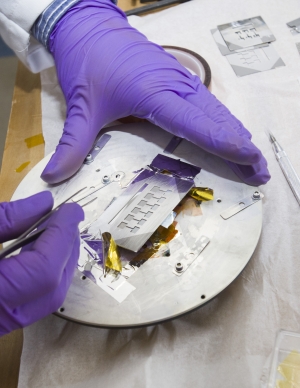 solar cells. At the time, he and his research team were investigating various nano-materials to fabricate the third-generation solar cells. They hoped to develop a superior photovoltaic technology that produces cheaper and more efficient solar cells.

Other potential applications for this new technology included using the solar cells on wearable electronics, backpacks and self-charging cell phones, and electricity-generating layers on windows, especially on skyscrapers.

A student team led by Das was among a total of 31 student teams from institutions across the U.S. awarded 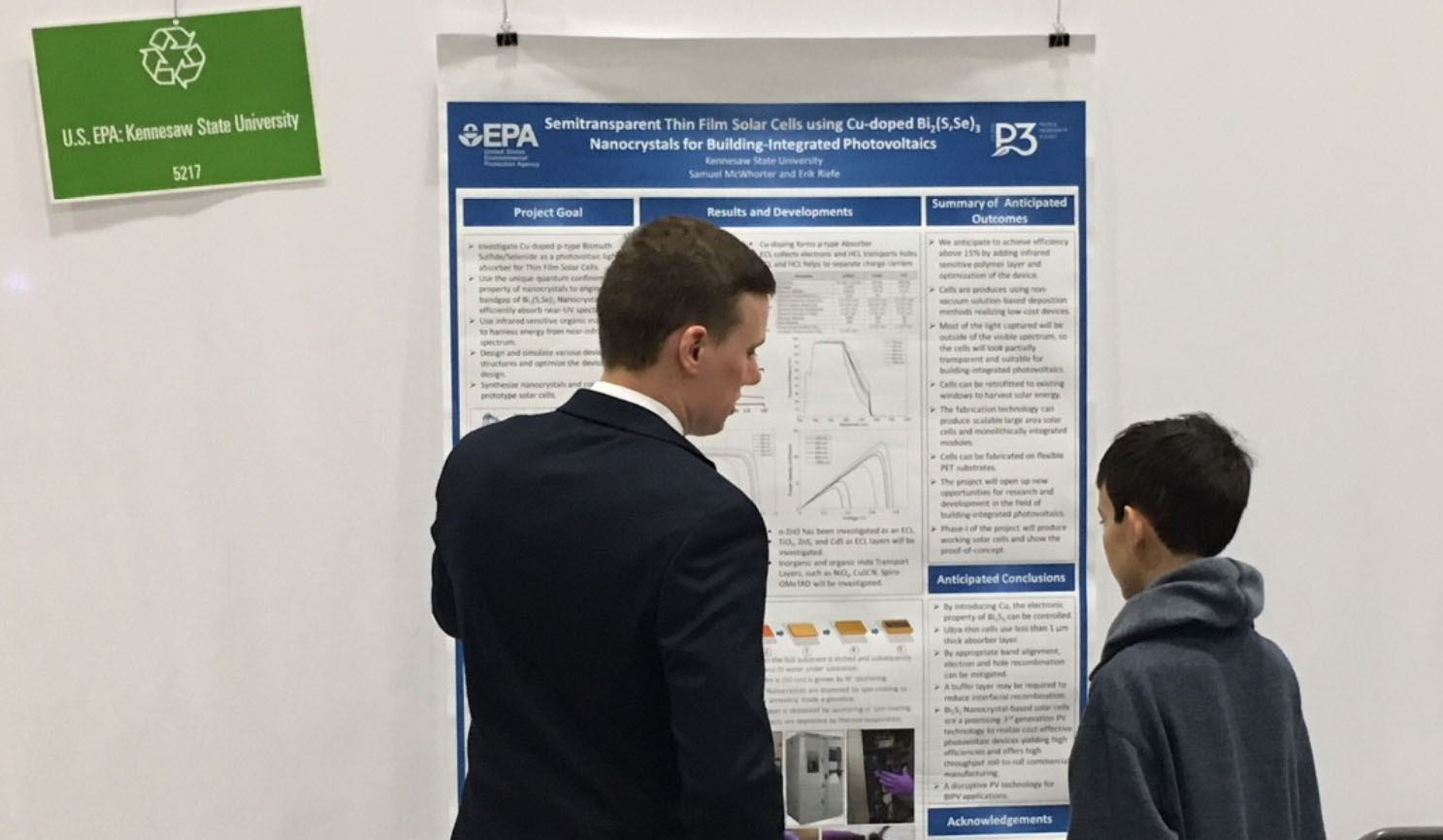 Phase I grants through the Environmental Protection Agency's People, Prosperity and the Planet (P3) program in 2018.  These student teams were developing sustainable technologies to solve current environmental and public health challenges.

The aim of the KSU project was to develop novel nano-structured solar cells by applying potentially transformative and disruptive nanotechnology resulting in lightweight, semi-transparent, flexible thin film solar cells. Then these solar cells could be easily retrofitted onto windows, rooftops, and even the vertical walls of a building – thus substantially increasing the photovotaic (PV) power generation capacity and improve energy efficiency by reducing the space cooling requirements.

After developing proof of concept for the project, the student team showcased the research at the National Sustainable Design Expo in spring 2018 at the USA Science and Engineering Festival in Washington, D.C.

Das brought the solar cell connection back to campus when he conceived a project last summer to showcase the prospects of solar energy and KSU's commitment to sustainability. About 20 students participated in the project with electrical engineering students advised by Das, mechanical engineering students advised by associate professor Valmiki Sooklal. The students designed, constructed and installed a towering steel-framed "solar tree" on the Marietta Campus.

The tree, located outside the Engineering Technology Center, is a mechanical structure mimicking the look of a real tree capable of generating over 200 watts of electricity. The tree is connected to the internet and exports real-time data to be used by future students for research, diagnostic exams and making further improvements.

Please click here to read more about the project. 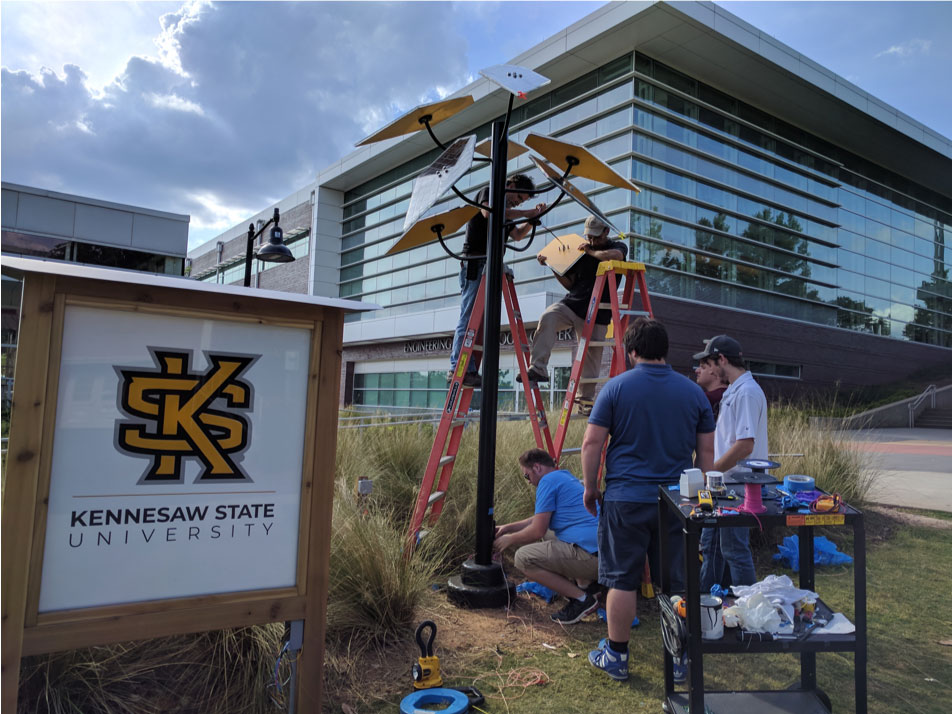