KENNESAW, Ga. (Jun 2020) — The First-Year Scholars Program, which started at KSU in the fall of 2019, was designed to spark students’ interest in research by assisting them in connecting with experienced faculty mentors.  The program pairs students with faculty mentors who guide them on research projects in their area of study.  The students, each receiving a stipend, serve as mentees engaged in the faculty mentors’ projects for an academic year, presenting their research results at the annual Symposium of Student Scholars at KSU at the end of the spring semester.

Ten professors, already taking part in undergraduate research, were selected by Director of Undergraduate Research Amy Buddie for the first year of the program.  These professors were from many different disciplines, ranging from art and design to psychological science.  Additionally, they received professional development funding, utilized for their projects during the academic school year.

The students featured in the following vignettes felt that the program helped prepare them to become undergraduate researchers at KSU.

Ronit Barman - Investigating Topics in the Scholarship of Teaching and Learning

Computer science major Ronit Barman has engaged in research that has the chance to propel him into future research endeavors.  His research focuses on the effects of the messaging application GroupMe in an academic context.

“This research is primarily done through observational methods,” said Barman. “After we received Institutional Review Board (IRB) approval from KSU to collect human subjects’ data from GroupMe conversations, we were granted access to various psychology GroupMe conversations this spring semester.  We will then analyze these conversations over the summer semester using statistical programs.”

Barman, a Michigan native, became interested in the First-Year Scholars Program due to the opportunity to work with a professor in a research setting.  He liked the idea of being able to contribute to the achievement of the professor’s goals while also being able to apply computer science principles learned through his course work in a real-world environment.

When Barman applied to the program and had his interview with potential research mentor Jennifer Willard, they both felt that working together would be beneficial to all parties involved.

“He stood out from other applicants in the level of detail and the degree of enthusiasm shown in his application materials,” said Willard, a professor of psychology in the College of Humanities and Social Sciences.  “Furthermore, his interview skills were quite good. He presented himself professionally in emails, asked thoughtful questions, kept his answers concise and on-point, and made sure to speak to how his characteristics, knowledge, and skills made him a good fit for the position.”

Barman believes that this area of research holds significance as it can assist professors in understanding better ways to manage their classes, both inside and outside of the classroom.  This research has the capability of helping professors enforce academic integrity to a higher degree by discovering how academic dishonesty occurs, when it occurs, and what leads up to it.

Barman emphasized the importance of learning as much as possible from mentors and other collaborators, pointing out how he works with individuals with far more experience and expertise than he currently possesses.  He said their mentorship and guidance play a critical part in his development as both a researcher and a person.

Barman’s future career is still undecided as he is currently torn between working toward a master’s degree in the field of technology and going to law school.

“Dr. Willard is an amazing mentor in the sense where she offers great advice toward any issue that I am having in the simplest ways, so it is not very confusing,” said Barman.  “She is very intelligent and disciplined in how she goes about her day-to-day work, which has impacted me in how I go about day-to-day duties in my academic career.”

Willard said Barman was eager to contribute to the research from the beginning and that he worked very well with the other students in the lab, both undergraduate and graduate researchers.

“As a computer science major, Ronit offered a different perspective,” said Willard.  “My programs of research focus on applying social psychology to the legal system and to educational  settings.  Having a non-psychology focused student in the lab would sometimes draw our attention to assumptions we did not realize we were making or challenge us to think about the research differently.”

Diana Salamaga, majoring in both architecture and civil engineering, used different 3D modeling software programs in her research that utilizes photogrammetry to create printable 3D files.  She said the plan for her research is to develop a virtual museum exhibition where the models will eventually be employed.

In this project, she is using technology to document archaeological artifacts, including some ancient 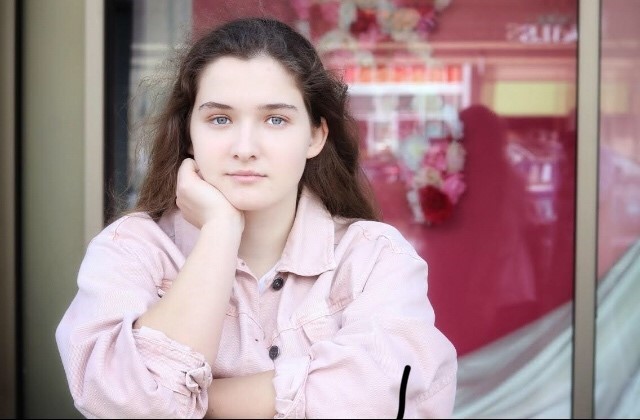 bronze objects currently on loan to KSU from the Buffalo Museum of Science.

“3D images offer advantages over basic photographs of artifacts because they allow multiple views and give a sense of shape from a single file,” she said.  “Moreover, an object in one museum can be printed in a 3D printer to create a physical reproduction of the ancient artifact anywhere in the world. This ability is an immensely valuable tool for art historians and archaeologists, as well as an interesting way of educating the public about art history and cultural heritage.”

Salamaga became interested in the First-Year Scholars Program because she believed it would provide for an enriching experience with an amazing opportunity to both learn new skills and expand upon her existing ones.

Salamaga, a native of Ukraine, applied to the First-Year Scholars Program and was directed to Philip Kiernan, an associate professor of art history in the School of Art and Design in the College of the Arts, when the first research position she applied for was filled.

Upon contacting Kiernan, Salamaga was brought in for an interview as part of the selection process.  Kiernan said that he felt she would be an excellent fit to work alongside him for his research project.

“Diana was a superb student and the work she has done with 3D-modelling software has greatly improved our ability to employ these tools in museums and archaeological settings,” said Kiernan.  “Diana not only put the necessary time into this project but was also capable of working independently and solving problems on her own.  It was really nice to work with someone like Diana who was both motivated, and curious about the world around her, and willing to explore areas outside her own immediate field of study.”