*** Special Notice: Due to the ongoing pandemic, we will – regretfully – be unable to properly celebrate research at KSU and the life and legacy of John Salerno with a 3rd iteration of this symposium during the Spring 2021 semester as planned. Instead, we are re-scheduling this year’s symposium for the Fall 2021 semester; details will be announced around the late summer period. *** 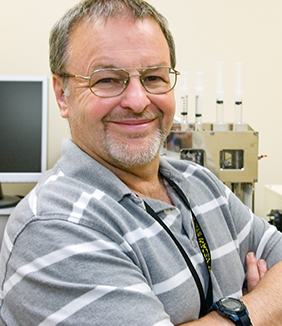 State University in honor of the legacy of pioneering researcher John C. Salerno. As the Neel Distinguished Chair in Biotechnology at KSU prior to his death in 2015, Salerno was eminent in his field. He authored over 200 scientific publications describing fundamental discoveries in free radical biology, spectroscopy and enzymology.

As co-founder of KSU's first incubator company, New Echota Biotechnology, with biochemistry professor Jonathan McMurry, several patents have been filed on the potential uses of compounds and methods that would help in the advancement of drug development and disease management. Salerno received the prestigious University Distinguished Professor Award in 2015, the top faculty award presented by the KSU Foundation to recognize achievement and excellence in and integration of teaching, research and creative activity, and professional service.

The annual event, which began in fall 2018, is organized by the Office of Research in conjunction with the John C. Salerno Memorial Fund.